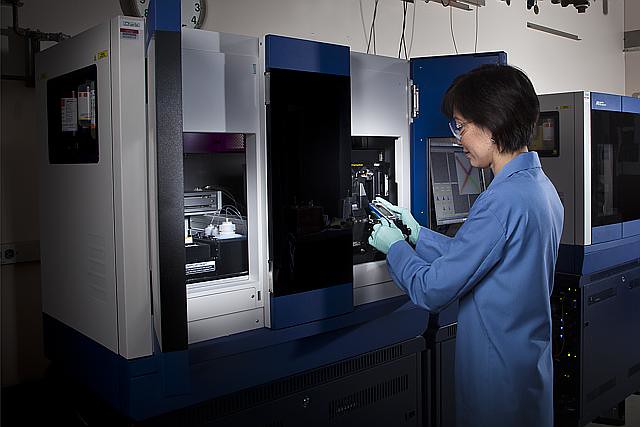 This is a guest post by James Hadfield, Head of the Genomics Core Facility at Cancer Research UK.

Today there are three main next-generation sequencing (NGS) technologies; Illumina, Ion Torrent and 454. Sanger sequencing is still used by almost all research labs and remains a key tool for simple clone verification or PCR based sequencing.

Although the DNA sequencing in each system is very different, all three technologies share many commonalities; they generally start with fragmented genomic DNA to which oligonucleotide adapters are ligated, and single adapter-ligated molecules are clonally amplified ready for highly-parallel sequencing of millions or even billions of reads. The technologies were conceived and developed as the Human Genome Project (HGP) was finishing. Sanger sequencing was a brute force tool; requiring an international effort, billions of dollars and 15 years to complete the single HGP genome.

The first of the NGS technologies was developed by 454 Life Sciences Corp and published in 2005. Genomic DNA is fragmented and oligonucleotide adapters are ligated, the library is then clonally amplified by emulsion PCR (ePCR). Each emulsion droplet contains a single micrometer sized bead, a single adapter-ligated molecule and PCR reactants. After ePCR the beads are loaded into picotitre-plates for pyrosequencing.

Pyrosequencing works by converting pyrophosphate released during polymerase incorporation of dNTP into light; this signal generates a “pyrogram” which is converted into the sequence read. Around 1 million sequences can be generated in each sequencing run. Roche 454 sell the GS-FLX system produces 1M 700bp sequences; and the GS Junior, a benchtop version.

If you want to order Roche 454 Pyrosequencing for your own study, check out the 7 facilities who offer the service on Science Exchange: scienceexchange.com/services/roche-454-pyrosequencing

The most commonly used NGS sequencer is the HiSeq from Illumina, which generates 600M sequence reads of up to 200bp in length. They also sell the MiSeq, a personal DNA sequencer that can generate up to 17M reads of 500bp length. Illumina use DNA fragmentation and adapter ligation to create NGS libraries; these are clonally amplified on a “flowcell” using bridge-amplification to form “clusters” of around 1000 copies of the original library molecule. Illumina’s cyclic sequencing-by-synthesis (SBS) chemistry uses fluorescent reversibly-blocked terminator dNTPs, after incorporation the flowcell is imaged then the terminator is removed ready for the next cycle.

A significant factor in the widespread adoption of the Illumina technology has been the simplicity of sample preparation and ease of method development. Illumina combine short pieces of DNA with ‘Y-shaped’ adapter oligos, to create PCR amplifiable fragment libraries.

If you want to order Illumina NGS Sequencing for your own study, check out the 33 facilities who offer the service on Science Exchange: scienceexchange.com/services/illumina-next-generation-sequencing-ngs

The technology used in the PGM and Proton machines from Ion Torrent was developed by Jonathan Rothberg, inventor of 454 sequencing. It uses a conceptually similar approach but measures the change in pH produced as protons are released during polymerase incorporation of dNTP.

Sequencing libraries are made using the same ePCR technology where adapter ligated molecules are amplified onto micometer-sized beads; these are loaded into semiconductor chips which detect the fluctuations in pH created as nucleotides are incorporated as a voltage change, generating a “flowgram” that is converted into the sequence read.

If you want to order Ion Torrent NGS Sequencing for your own study, check out the 16 facilities who offer the service on Science Exchange: scienceexchange.com/services/ion-torrent-next-generation-sequencing-ngs

The most common applications for NGS today are sequencing of whole genomes, exomes, amplicons, transcriptomes (RNA-seq), and DNA:protein interactions (ChIP-seq).

NGS sequence reads can be generated as either single-end, where only one end of a fragment molecule is sequenced or as paired-end, where both ends are sequenced. The format of a sequencing run is generally chosen before library preparation and there are a few commonly accepted defaults, e.g. single-end 36bp for ChIP-seq and paired-end 100bp for Cancer genomes.

The structure of a sequencing data set is determined by the question being asked. ChIP-seq studies require high numbers of short-reads so these are generated on short fast runs. WGS requires as much actual genome coverage as possible so long-reads are used. RNA-seq and Structural-Variation-seq can use varying lengths of sequence read but both use paired-end data for many studies.

One thought on “Techniques Series: Next Generation Sequencing technologies”