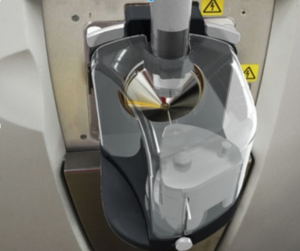 Analytical researchers frustrated by the long separation times, high sample requirements, or low throughput of LC-MS have long been attracted to the advantages of CE-MS.

In 2015, the CE-MS technique was revolutionized — in that year, Brooklyn, New York-based CMP Scientific pioneered the EMASS-II CE-MS ion source, a novel interface between the capillary and the mass spectrometer’s electrospray emitter that conferred nanoflow sensitivity and high electrospray efficiency.

Since then, CMP Scientific has gained a proven track record for helping drug discovery and development companies develop CE-MS methods for pharmaceutical and biopharmaceutical analysis. Will your research program be the next to benefit from CE-MS technology?

Connect with the CMP Scientific team on Science Exchange.

What are the biological effects of the exposome — i.e., the sum of all environmental toxicants, food contaminants and supplements, drugs, and antibiotics your body is exposed to daily?

Thanks to XCMS/METLIN, a software combined with a cloud-based database founded by the researchers at the Scripps Center for Mass Spectrometry and Metabolomics, investigations into the elusive exposome are now possible. On September 25, the lab published the results of their initial study — and we were very excited to have such a groundbreaking team join the Science Exchange network!

The facility serves its customers both at Scripps Research Institute as well as in the broader biotechnology community with its analytical expertise, for routine as well as specialty projects. They offer not only ESI, MALDI, and GC/MS of a wide range of samples and analytes, but also access to the world’s leading metabolomics/lipidomics platform.

The complexity of immune checkpoint signaling has led the field to the conclusion that there are more determinants to immunotherapeutic efficacy than PD-1 or PD-L1 expression alone. Vanderbilt University’s Daniel Liebler, President and Founder of Protypia, has used his team’s expertise in quantitative proteomics to show that differential glycation of checkpoint signaling proteins could affect tissue staining results as well as signaling protein function [abstract].

Visit the Protypia storefront to request a quote for your proteomics project — this team might just enable your next drug discovery breakthrough.

Combined with CovalX’s covalent crosslinking technology, this mass spectrometry method provides a method for epitope mapping that is faster and more cost-effective than many other conformational analysis techniques. For researchers analyzing protein biotherapeutics and biosimilars, it’s an attractive option.

Browse these and other new service providers on Science Exchange today!