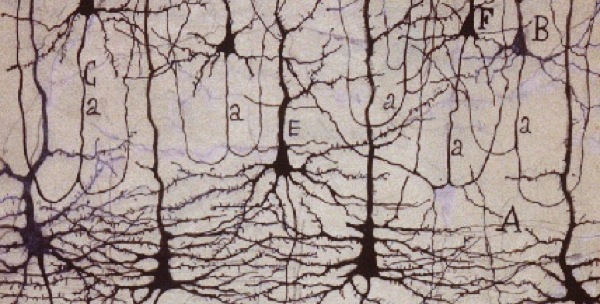 This is the first in a series of posts on scientific techniques, and how to use them in your research.

The brain is comprised of billions of individual neurons. Cells in the brain are densely packed with intermixed, often overlapping types. An excitatory neuron for instance may be surrounded by dozens of inhibitory interneurons and glia. So how can you tell which cell is which?

The classic approach has been to classify cells based on their shape, chemistry, or connectivity. However, this old tradition ignores the enormous diversity within a broad class of cells. These are important questions scientists are just now starting to explore with new tools. This post explores some of these newer techniques, including immunohistochemistry and RT-PCR.

The Need for More Accurate Techniques

Past scientific techniques focused on describing “principal neurons” and “secondary neurons” of a certain brain region, with descriptions based on physiology or anatomy alone. These data are now insufficient given our modern molecular tools, and even can be misleading. Moreover, heterogeneity within cell populations like “dopamine neurons” and new molecular techniques allow a far more accurate description of neurons based on their molecular properties [Ungless and Grace, 2012].

Questions regarding the identity of the cell recorded, what kind of neurotransmitter or peptide does it release, and which enzymes synthesize that chemical require even more precise techniques. Further queries regarding the types of receptors a cell expresses, how it differs from surrounding cells, are noteworthy as well.

A modern approach would take take into account the molecular profile of the neuron, and requires measurement of mRNA and protein expression.

Identifying Neurons with RT-PCR and Immunohistochemistry

Identifying the specific neurons recorded from brain slice preparations can be difficult. Their electrophysiological properties alone are insufficient to correctly identify a cell type. And unless you have a transgenic animal with expression of GFP or other fluorophore in a specific cell type, you have no basis for verifying what type of neuron you recorded.

A better experiment would begin with an acute slice preparation of brain tissue followed by whole-cell patch-clamp recording of individual neurons [Davie et al 2006]. After this characterization, the brain slices can be further processed through two popular methods for molecular characterization of neurons: single-cell reverse transcriptase polymerase chain reaction (RT-PCR) or Immunohistochemistry.

Start with mRNA from single cells (via aspiration through recording pipette of living cell, or via laser capture microdissection from sectioned tissue), described in [Lin et al 2007]. A typical study employing these methods for the amygdala, a brain region responsible for fear learning, was done by [Sosulina et al 2010].

If you want to order this analysis for your own study, check out the 58 facilities who offer RT-PCR on Science Exchange: https://scienceexchange.com/services/real-time-qpcr

Immunohistochemistry (IHC) can also be used for this procedure, labeling tissue with antibodies for a molecule of interest, and visualizing with a fluorescent secondary antibody or a reactive dark precipitate stain.

At the beginning of this protocol, the electrophysiologist must perform recordings with a pipette filled with dye (e.g. 0.1% biocytin, or a fluorescent dye such as rhodamine dextran) for sufficient length of time to fill cell (at least 30 minutes).

After recording, brain slices are fixed overnight in paraformaldehyde (4%) and cyroprotected in sucrose (30%) for further sectioning (typically 30-40 microns) and staining.

If you want to order this analysis for your own study, check out the 27 facilities who offer IHC on Science Exchange: https://scienceexchange.com/services/immunohistochemistry

PCR: Contamination of mRNA from nearby cells will prevent an accurate identification of mRNA from the neuron of interest. To prevent this problem, all the buffers, solutions, and glass pipettes used for mRNA extraction must be kept sterile during procedure. The use of dissociated cells (via mechanical trituration or enzymatic digestion) may be superior for isolating individual neurons as compared to acute brain slices in which cells are much more densely packed [Hodne et al 2010] [Kay and Krupa 2001].

Immunohistochemistry: The challenge is finding a selective antibody at the appropriate concentration to get the best signal with low background staining. This is a matter of trial and error because multiple vendors manufacture antibodies of varying specificity (e.g. a monoclonal primary antibody is more selective than a polyclonal antibody) and several dilutions must be tested. The labeled protein of interest can be visualized with a fluorescent secondary antibody or dark precipitate staining such as DAB.

A second problem may be in recovering the dye-filled cell of interest after the staining procedure. There are many cutting and washing steps along the way, and a single section containing your dye-filled neuron can easily be lost. It is critical to recover all sections (only 30 microns thick) during these steps.

[about_box image=”http://thebenchapp.s3.amazonaws.com/wp-content/uploads/2012/10/ssss.jpg”]Ana Mrejeru (Twitter: Miss_Anamaria) is a postdoctoral scientist at the Columbia University Medical Center. Her focus of research is on healthcare technologies for brain disorders, building neuroscience apps for improved learning, and is also a member of the Science Exchange Advocate program.[/about_box]

One thought on “Techniques Series: Creating a Molecular Brain Map”